“Before you dig deep into modern roots music, it is essential to appreciate the diversity of ideas and experience. Roots musicians, for example, Lydia Loveless, Sean Rowe, and many others have shaped our history, so we need to be a bit sensitive to complexities and other cultural possibilities. Individually or collectively- many of these people have given flesh and meaning notions of liberty, equality, and freedom”- Richard Malkovich, roots music blogger.

Lillie Mae, Orville Peck, and others perhaps you are not so familiar with these names but they are famous musicians. And, they continue to make amazing roots music for the modern generation. During the beginning of the 20th century – folk music word was only used by scholars. Generally, they use the term ‘folk music’ to describe music made by European ancestry, often people who live in relatively isolated rural south. Now as we have moved forward, folk music now is seen as a window to look into rich cultural life. Folk music often communicates words of hope, sorrow, and convictions faced by ordinary people in their everyday lives. It was in the 1960s when folk music awareness gained its strength and quickly became famous. The artistic base for roots music increased and ‘folk music’ became popular music. Do you know about Bob Dylan? He is the one who pioneered roots music, and he was famous for acoustic performing style. Often ‘roots music’ involves a plethora of other musical genres, including blues, gospel, traditional country, and native American music. 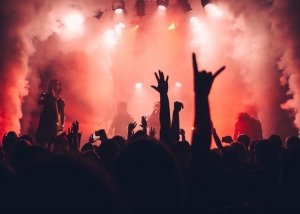 American music and literature have always drawn each other as a source. They both reflect many common historical and humanistic themes. In essence, roots music echoes the concern found in American literature. If you run through all four programs of American Roots Music – you would come across true perception of roots music. In other words, roots music is powerful and basically unacknowledged folk literature. It is also perceived as a body of expressive culture that often reflects and dramatizes the same theme which is found in formal American literature.

Roots music songs include words of empowerment, freedom in socially structured society and the importance of preserving traditions. Also, the songs from roots music help in maintaining value. Many people assume roots music is the neglected chapter in American culture, theme and often overlap with formal culture. Believe it or not! Artists of root music craft songs and this art has generally been oral instead of written books. It is passed on by word of mouth. From the view of development – literature shaped roots music in terms of how it was mediated and understood by broad American audiences. Two movements named ‘Regionalism’ and Naturalism’ of the late 19th century aroused popular interest. These movements helped in creating an interest in rural American.

Even in song Lydia Loveless and Sean Rowe and many others – Freedom is the key theme. This is both in terms of ideas expressed in music and the use of music during social movements. History of American roots music is involving deep and collective feelings of struggle for a positive social change. Check-out song named ‘We shall overcome’, it became an anthem during Civil Rights Movement. This song is based on Freedom theme and also embodied many American’s Musical Heroes.

Roots Music continues to grow throughout the world and even in the 21st century it appeals and vitality is at craze. Modern folk music songs speak about current human conditions and very different historical periods. Today, when globalization is at its peak, roots music is evolving by synthesizing elements from disparate sources. Although it is hard to trace back folk music to its ‘roots’, the music continues to give voice to every-increasing spectrum American lifestyle and social change.

Want to join the discussion?
Feel free to contribute!